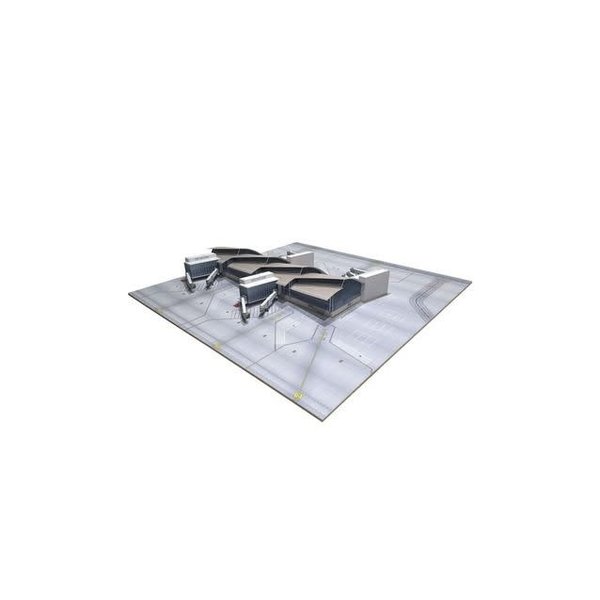 Your models are cleared for landing at LAX – Now you can build the international terminal of Los Angeles in the 1/500 scale. In addition to the cardboard construction sheets and small plastic parts, each of the four sets contains a highly-detailed baseplate. The northern section of Los Angeles’ Tom Bradley International Terminal has space for up to five aircraft, including two gates with a third jetway for access to the upper deck of the Airbus A380. A 40 x 40 cm (15.7 x 15.7 in) baseplate as well as a detailed instruction booklet are included.