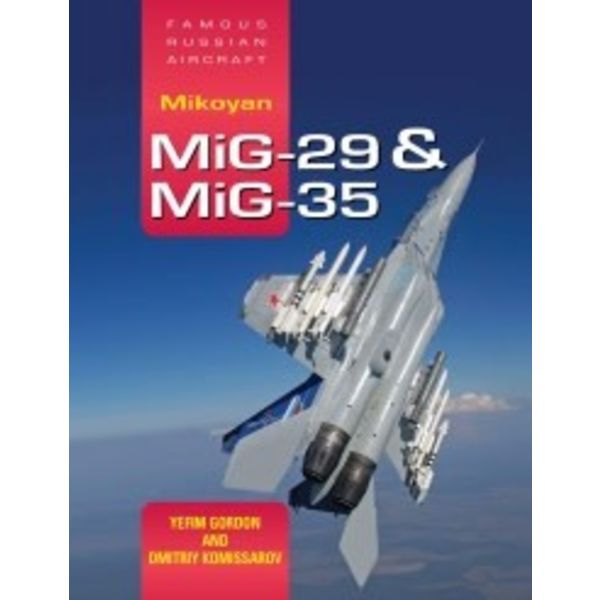 Designed as a mass-produced and relatively cheap light tactical fighter, the MiG-29 first flew on 6th October 1977. After extensive flight testing, it entered production in 1982 and deliveries to the Soviet Air Force began in 1983. In addition to its main counter-air role, the aircraft had a useful air-to-ground capability, carrying free-fall bombs and unguided rockets. From the outset the MiG-29 had been steadily developed beyond the fourth generation with changes to the airframe, avionics and weapons systems and new variants were produced in the early 2000s.

The MiG-29 known as the Fulcrum in the west, became both one of the Soviet Air Force’s main fighter types and a successful Soviet export with nearly a third of the 1,500 first-generation Fulcrums built up to 1996 being exported. It saw service with 25 nations around the globe. Apart from the (former) Warsaw Pact nations, notable customers include India, Malaysia, Iraq, Yemen, Eritrea, Cuba and Peru.

This revised and expanded edition of the definitive history of the aircraft charts in detail the MiG-29’s evolution from the earliest design studies to the latest multi-role versions. It includes an enormous amount of new information, a listing of known operators and production lists together with a magnificent collection of previously unpublished photos, line drawings and colour artworks