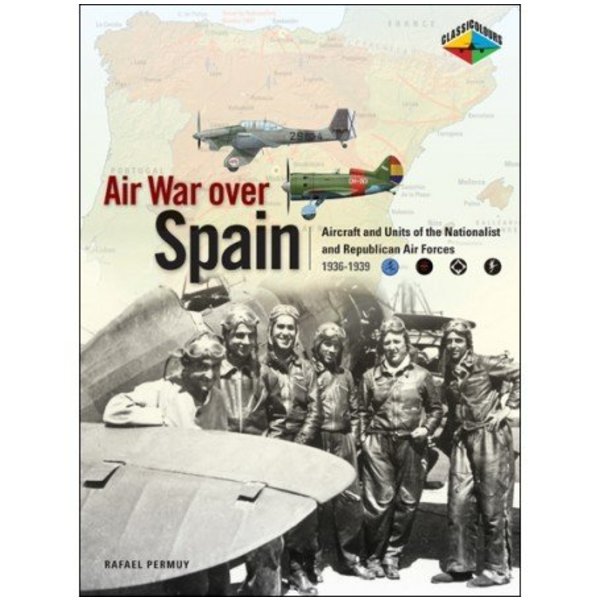 This unique 'Classic Colours' format single volume covers the opposing air forces in the Spanish Civil War as well the intervention of the German, Italian, and Soviet air forces in their respective guises. The air campaigns fought during the Spanish Civil War prompted important technical and tactical developments for all parties - from the actual deployment of air power through to communications. The small and largely obsolescent Spanish Air Force of 1936 grew into an effective fighting arm, which, by 1937 had become a significant force thanks, in part, to German and Italian support. The Nationalists fielded Heinkel, Fiat, and Messerschmitt fighters and Heinkel, Caproni, Savoia-Marchetti, Junkers, and Dornier bombers. These forces entered into a grinding battle of attrition over the less-organized but fiercely motivated Republican air arm over Aragon, the Jarama, and Madrid Fronts and later over Brunete, Belchite and the final campaign over the Ebro in mid to late 1938. The Republicans were equipped with Soviet-built Polikarpov, Nieuport, Hawker, and Dewoitine fighters and Potez and Tupolev bombers. The aircraft were often colorful and adorned with vivid markings, illustrated in this book with color artwork as well as contemporary photographs. Twenty Nationalist pilots gained five or more victories, with the German and Italian contingents also scoring high kill numbers. The highest scorer was Joaquin Garcia Morato with 40 victories, while the future German ace, Werner M lders left Spain with 14. On the Republican side, Capts. Jose Bravo Fernandez and Miguel Zambudio Martinez are reported to have scored into double figures.