Messerschmitt Me321 / Me323: Luftwaffe's Giants in world War II Hardcover by Schiffer Publishing 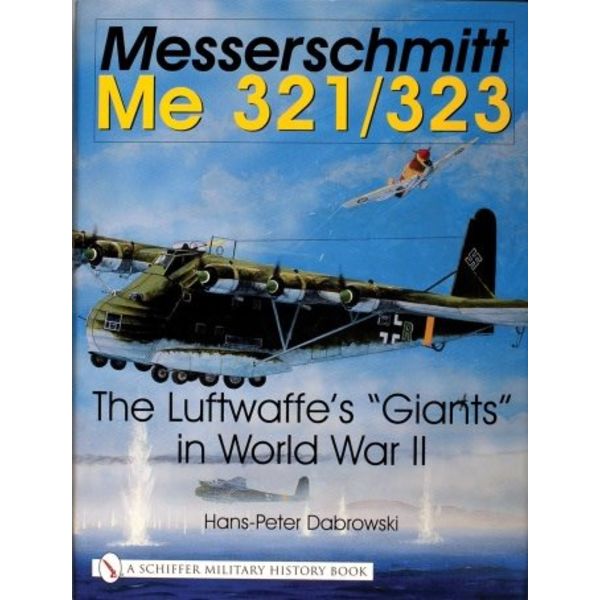 The Luftwaffe's legendary Gigant (Giant) is covered in this large, detailed, and highly illustrated volume. Wherever the Messerschmitt Me 321 appeared at the front during World War II it produced tremendous astonishment. Most soldiers had never seen anything like it. The huge glider with a wingspan of fifty-five meters was towed by three Bf 110s, or a five-engined He 111Z. Such an aircraft could carry up to twenty-two metric tons of freight: fuel, ammunition, trucks, tanks, 100 fully equipped troops and more. Even the Me 323D version, powered by six radial engines, was capable of carrying thirteen metric tons of freight to the front - and was a juicy target for the enemy. In the Mediterranean theater, they were pitilessly chased from the air and bombed and strafed on the ground. Only one Transportgeschwader was equipped with the Me 323. Everything about the type was strictly secret - even the Gruppen equipped with the type knew little about each other.