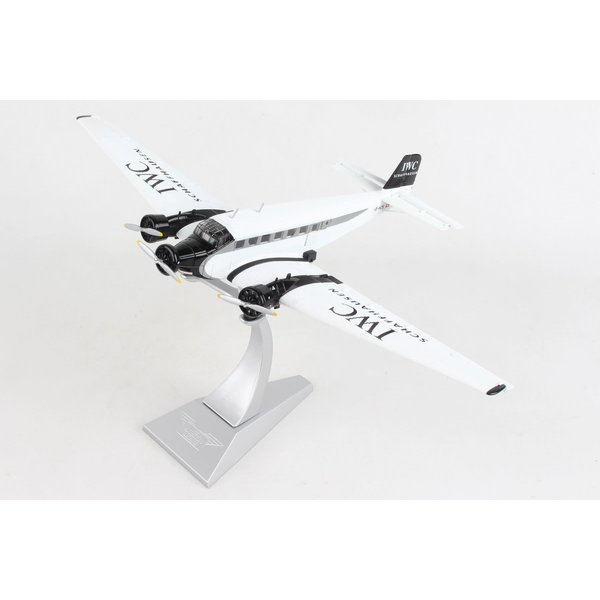 Like the USAF C-47, the Junkers Ju 52 tri-motor was first built in the 1930s and remained in service for more than a quarter century. It made its maiden flight in April 1931, and three years later a heavy bomber variant entered service with the German Luftwaffe. The latter version formed the nucleus of theLuftwaffe's early bomber force, which was used with great effect during the Spanish Civil War.

By 1939, the Ju 52 was obsolete as a bomber, but because of its durability, simplicity of design, and handling characteristics, it continued to serve throughout WW II as a versatile workhorse for the German transport fleet. Adolf Hitler even used a Ju 52 as his private transport. Ju 52s delivered the attacking forces and their supplies during the German invasion of Norway, Denmark, France, and the Low Countries in 1940. Later on, approximately 500 Ju 52s participated in the historic airborne assault on the island of Crete in May 1941 and later supplied Rommel's panzerwaffe operating in North Africa.

Pictured here is a 1:72 scale replica of a Swiss Junkers Ju-52/3m transport.