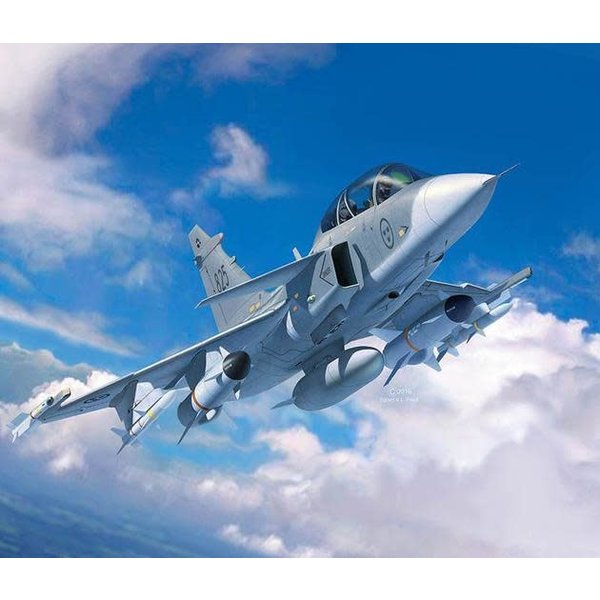 The Saab JAS-39D Gripen (Swedish for Griffin) is a Swedish multi-role combat aircraft. JAS stands for Jakt Swedish, Attack och Spaning and describes the type of role in which this aircraft is used - fighter, fighter-bomber and reconnaissance aircraft. The two-seater D version is intended for both combat and training missions.