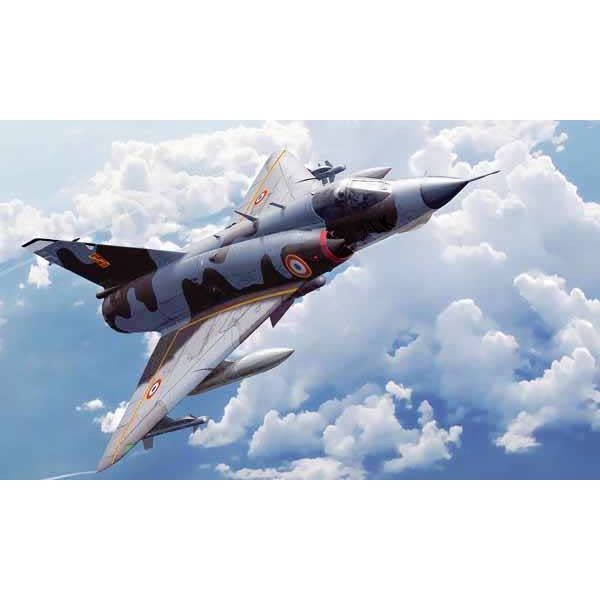 The Dassault Mirage III was highly adaptable, incredibly versatile and impressively maneuverable. It's no wonder that the Mirage III was favored by Air Forces all over the world! Many multi-role "E" models were equipped with a Doppler radar radome that aided with navigation, as well as dual mode air/ground radar. "R" models, on the other hand, lacked these radar systems, substituting them with camera equipment for reconnaissance missions. Kit features new molding, 32 photo-etched parts, and super decal sheets for 6 versions.