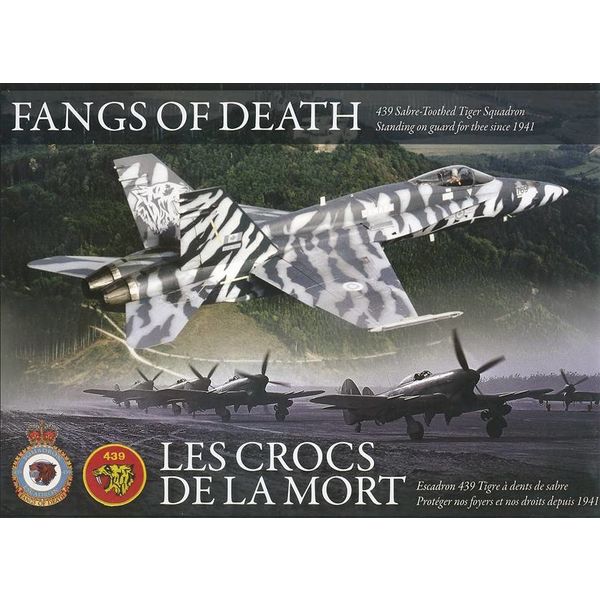 This book describes the squadron's beginning in Canada during World War II as the School of Army Co-operation and later No. 123 Army Co-operation Training Squadron to its operational fighter-bomber missions flying the Hawker Typhoon out of England and mainland Europe.  In the 1950s and early 1960s it flew a day fighter role using Canadair Sabre jets in Canada, England and France.439 converted to a Strike/Reconnaissance, Attack and Tactical Fighter Squadron with the CF-104 Starfighter in France and Germany from 1964 to 1984.  This was followed by Canada's New fighter aircraft; The CF-18 Hornet frontline multi-role fighter which was operated at CFB Baden-Sollingen, Germany from 1985 to 1993. 439 Squadron became a Combat Support Squadron at CFB Bagotville, Quebec in 1994, flying the CT-133 Silver Star, the CH-118 Iroquois and later the CH-146 Griffon in combat support and Search and Rescue operations.  It remains in Bagotville with Griffons today.