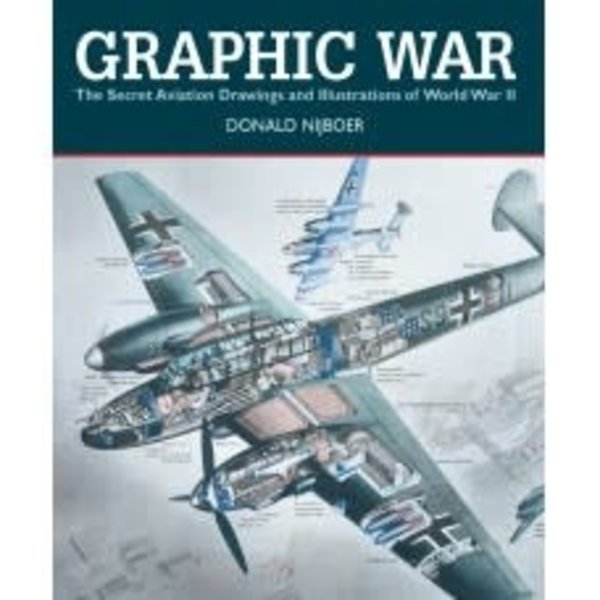 Graphic War is a superb collection of top-secret drawings, including training manuals and colorful wartime posters, from World War II. They were brilliantly created from a few downed aircraft, but mainly from pilots' views of the enemy in the air, during missions.

Almost all of the material was originally listed as "restricted -- official use only" and previously unpublished in any form. The cutaway drawings of the aircraft and airborne weaponry were critical to the war efforts of Allied and Axis forces alike. As there was little intelligence available to pilots about the design, power and armament on opposing aircraft, these "graphic transcriptions" were essential.

Many of the graphic artists and technical illustrators employed by the Allies, and most employed by the Axis powers, remain anonymous. Their work survives on these pages, however, to provide rare and unique insight into war room strategy and the air- and ground-crew trainee classroom.

Aviation enthusiasts, modelers, illustrators, artists and anyone with an interest in World War II history will find Graphic War a compelling inside look at the war fought in the sky.