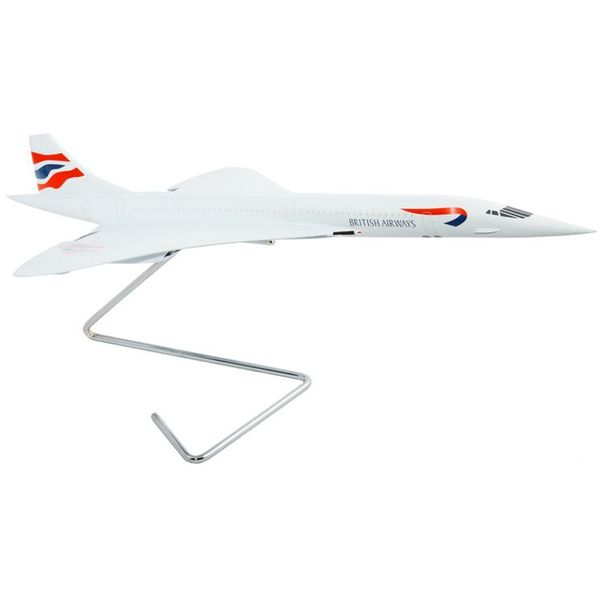 The Aérospatiale-BAC Concorde is a turbojet-powered supersonic passenger airliner, a supersonic transport (SST). It was a product of an Anglo-French government treaty, combining the manufacturing efforts of Aérospatiale and the British Aircraft Corporation. First flown in 1969, Concorde entered service in 1976 and continued commercial flights for 27 years.

British Airways retired its Concorde fleet on 24 October. G-BOAG left New York to a fanfare similar to that given for Air France’s F-BTSD, while two more made round trips, G-BOAF over the Bay of Biscay, carrying VIP guests including former Concorde pilots, and G-BOAE to Edinburgh. The three aircraft then circled over London, having received special permission to fly at low altitude, before landing in sequence at Heathrow. All three aircraft spent 45 minutes taxiing around the airport before disembarking the last supersonic fare-paying passengers. The captain of the New York to London flight was Mike Bannister. G-BOAE (212) took its retirement flight on 17 November 2003 from Heathrow to Grantley Adams International Airport on Barbados, where the plane can still be seen daily.

This extensive line of quality aircraft replicas features the largest selection of military, commercial, general aviation and spacecraft from the beginning of aviation to the present. The majority of these high quality replicas are hand crafted from mahogany wood and are beautifully finished. All come with an attractive wooden display stand.