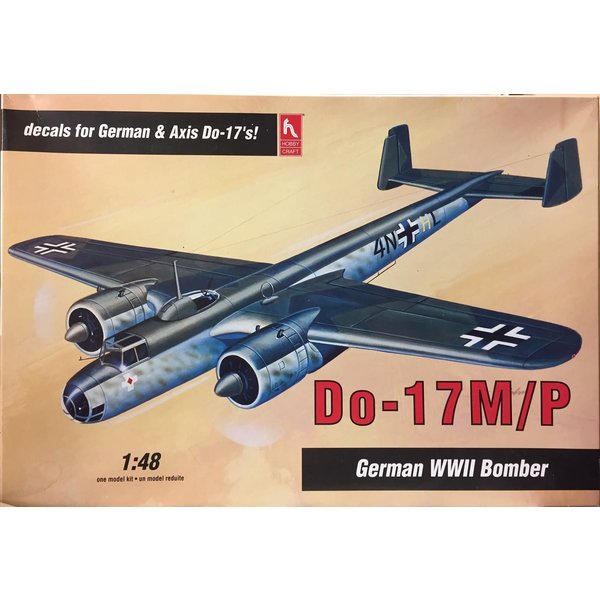 Local manufacturer/distributor Hobbycraft issued a ton of kits from the mid-1980's to just a few years ago. We took them for granted, figured they would always be around, but we were wrong. Hobbycraft ceased production of it's model kits circa 2012 & it is unlikely at this point that any of them will come back.

Hobbycraft was a controversial manufacturer of model kits. They tried to keep their products simple, enabling beginners to get into the hobby and in many cases succeeded, but in some cases failing miserably, as their efforts occasionally backfired with ill-fitting parts & very simplified, if not contrived details. Decals were always a problem, especially in the early years, as they looked like an afterthought ! Modelers fell into two camps- those that loathed them for all their inaccuracies & poor fit, & those that could see potential in their efforts & were able to use their talents [ & some aftermarket parts & decals ] to produce some beautiful pieces of work ! I belong to the latter camp, as Hobbycraft DID produce a lot of interesting subjects & I feel that many of their kits are definitely worth working on ! Of course, I can see the potential in old vacform kits, so am quite the optimist !

Some of Hobbycraft's choices of subject were truly inspired & surviving kits remain valid to this day. Hobbycraft was the only manufacturer to produce the early Dornier 17's in injection plastic in 1/48 scale! That's right!- Classic Airframes & ICM have only issued Do-17Z variants. Correct me if I'm wrong. Hobbycraft issued their kit as Do17E/F,Do-17M/P & Do-17Z variants over the years. I'm not saying that they are accurate renditions, but this is how they were issued. I am still shocked that NOBODY has gone to bat & issued a modern tooling of this key early WW2 bomber, the first aircraft shot down by allied forces during the war [ Lt. Wladyslaw Gnys of the 121st Fighter squadron, Polish Air Force shot down two Do-17E's in one sortie on September 1st, 1939 ]. Cutting Edge did announce a number of resin detail/conversion sets for early Do-17's & did actually issue a number of fine decals for these early birds, but nothing else manifested.

This issue is stereo-typical Hobbycraft: excellent subject matter, poorly executed ! I like to call it a 'vacform kit, reproduced in injection plastic'. It is all plastic, but a bugger to build with some poor instructions & nebulous fitting on critical items such as the undercarriage. I have seen some tremendous builds of this kit, produced by modelers who really have the skill & experience to see construction to completion, but do not recommend it to anyone who is not confident of his/her abilities. It appears very simple inside it's box, but be warned that this is a deception. It's only grace is that noboby else has done this important aircraft in plastic, thus if you need a Do-17E/F or M/P in your collection in 1/48 scale, this is it !

I would be jumping all over this kit, but I have an 1990's Airmodel kit of an early Dornier Do-17 in resin, which is far more accurate but totally resin, including the undercarriage, which means that it will collapse if I try to build it & park it on it's gear. And so it stays, inside the box. I am waiting for someone to issue this kit in new 1/48 injection plastic so I can finally build one, display it & watch my cat walk all over it! Ho hum.