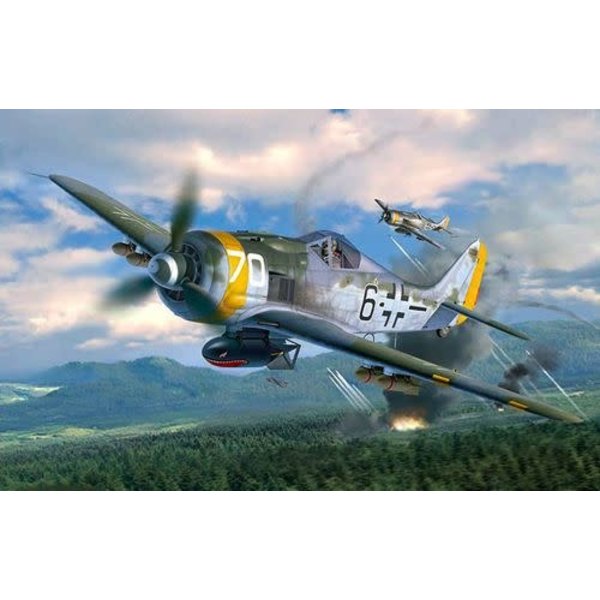 The Fw 190 was the second standard fighter of the German Luftwaffe, along with the Bf 109. The aircraft proved to be very robust and versatile. The heavy fighter bomber Fw 190 F-8 was produced in large quantities from the beginning of 1944. The F-series had been specially developed for ground combat since 1943. A total of 700 kg of bomb load was carried on five external load carriers. In addition, the tank protection built into the fuselage and the wing structure in the area of the main landing gear had been reinforced. Otherwise, this fighter aircraft was equivalent to the A-8. After the start of series production, the F-8 also introduced new wooden propeller blades and a bubble-shaped cockpit hood with reinforced head armor protection. From the beginning of 1944 until the end of the war, more than 6,500 Fw 190 A-8 and F-8 were delivered.

Authentic decals for the following versions: