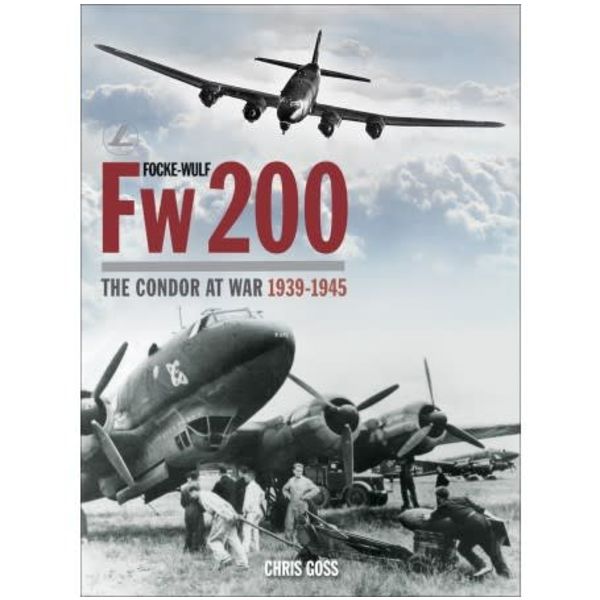 Focke-Wulf Fw 200 Condor was one of the German Luftwaffe's most effective long-range anti-shipping bombers and naval recon aircraft. The redoubtable Fw 200 Condors battled Allied convoys in the Atlantic and Mediterranean, and served as military transports on the Eastern Front. Richly illustrated and detailed, this new book is a unique reference for WWII aviation historians and modelers alike

Conceived and developed as a civilian airliner during the 1930s, the elegant four-engined Focke-Wulf Fw200 Condor soon became one of the Luftwaffe's most immediately recognizable and potent maritime armed reconnaissance aircraft. Following its introduction into service in 1939, the Condor took part in the German campaign against Norway and the British Isles in 1940 before being subsequently deployed over the Mediterranean in 1941 and the Atlantic between 1940 and 1944. Used as a transport for high-level German personnel in the Fliegerstaffel des F hrers, as well as military transport missions on the Eastern Front, the Condor became involved in the catastrophic Stalingrad airlift. Later in the war, over the Atlantic convoy routes and despite the introduction by the Allies of escort carriers, catapult-fighter ships and long-range patrol aircraft, the Fw 200 continued to wage an anti-shipping campaign, but by the autumn of 1944 and into 1945, it was relegated to pure transport missions flying from bases in Norway. In Focke-Wulf Fw 200: The Condor at War, Chris Goss presents the most richly detailed narrative ever written on the campaigns undertaken by the Fw 200. Their account is accompanied by hundreds of rare images, many previously unpublished, representing the largest assembly of photography relative to the aircraft ever published. A unique reference source for historians and modelers alike.