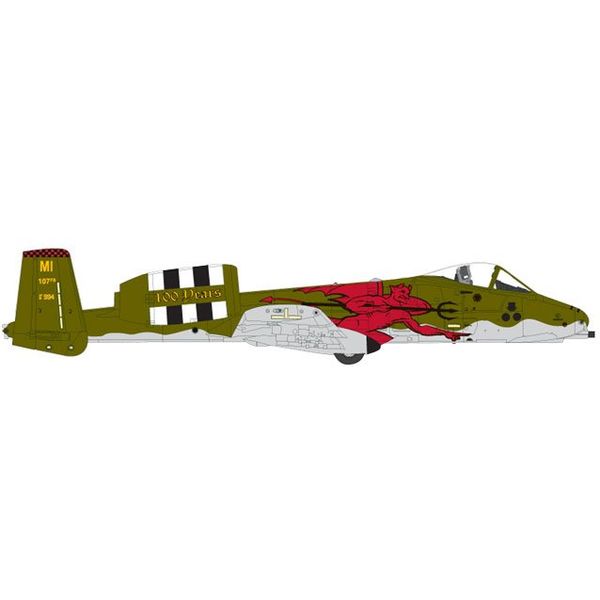 Except for the popular “nose art”, A-10s rarely carry any special color schemes. One exception is this A-10C of the Michigan Air National Guard that received this historic paint scheme and an over-sized version of the red devil from the unit’s badge to commemorate the 100th anniversary of the 107th Squadron.