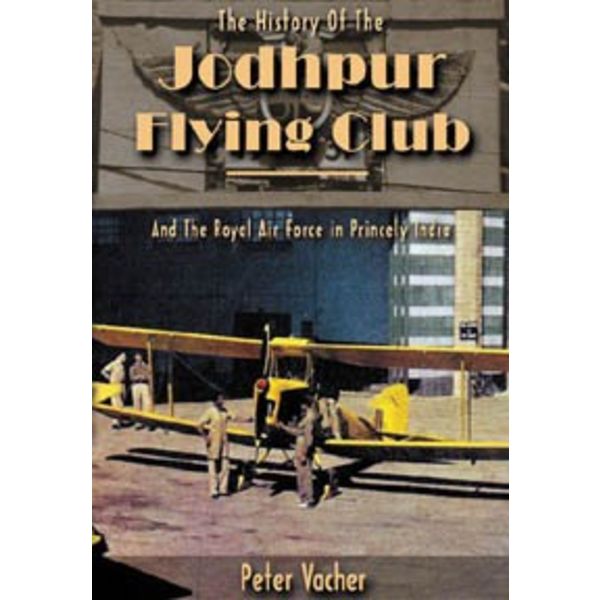 The History of the Jodhpur Flying Club is the remarkable story of an Indian Maharaja's passion for flight, and his contributions to the early commercial air routes to southeast Asia.

His Highness Maharajah Umaid Singh was instrumental in establishing one of the first air bases in India. During the 1920's and 1930's this visionary member of one of India's most distinguished families created the Jodhpur Flying Club near to Jodhpur's giant Chittar Palace. Today that small air field is now one of the Indian Air Force's premier military bases. From the 1920's until the 1950's the royal family of Jodhpur pushed the frontiers of Indian aviation and in doing so assisted the Allied war effort during World War 2.

Peter Vacher, noted author of Hurricane R4118, takes the reader on a trip to meet some of the intrepid long-distance aviators of the 1930s, and from there to the establishment of the Royal Air Force base which provided the training of Indian pilots and facilities for 'Over the Hump'. The book contains detailed information about the many aircraft to have passed through Jodhpur and the mavericks who flew them. From Tiger Moths to Lockheed Electras, the story is supported by many rare photographs from this previously untold arena of pioneer aviators.

The History of the Jodhpur Flying Club is a richly illustrated kaleidoscope of aviation in India prior to, and during, the Second World War, and the story of how the friendship between an Indian Prince and an RAF officer contributed to the Allied war effort in Asia.