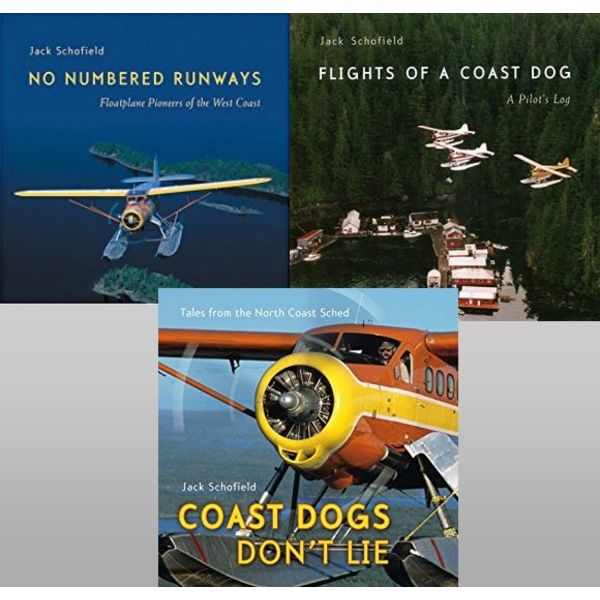 Jack Schofield flew as a "coast dog," a seaplane pilot on the B.C. mid-coast area, from the 1960s until the late 1980s. The isolated float camps and small airports along the coast attracted adventurers and entrepreneurs and bred more than a few eccentrics. Flights of a Coast Dog chronicles Schofield's adventures and misadventures with a variety of these characters customers and coworkers -- many of them colorful, some just plain dangerous. With warmth and great respect for his fellow floatplane pilots and a slightly jaundiced view of aviation bureaucrats and corporate investors, Jack Schofield relates his evolution from employee pilot in a variety of small airlines to partner in Orca Air Limited. Illustrated with over 100 photographs and the author's own line drawings, Flights of a Coast Dog is a fascinating portrait of life on a fast-disappearing frontier. His other two books: no numbered runways, and Coast Dogs Don't Lie, deliver more of his adventures in great style.

Jack's back stock of his books unfortunately were destroyed in a fire, but enthusiasm for, and interest in his books prompted the re-publishing of his three titles. They're now available in a 3-volume set at a special price. Order yours now to ensure delivery.