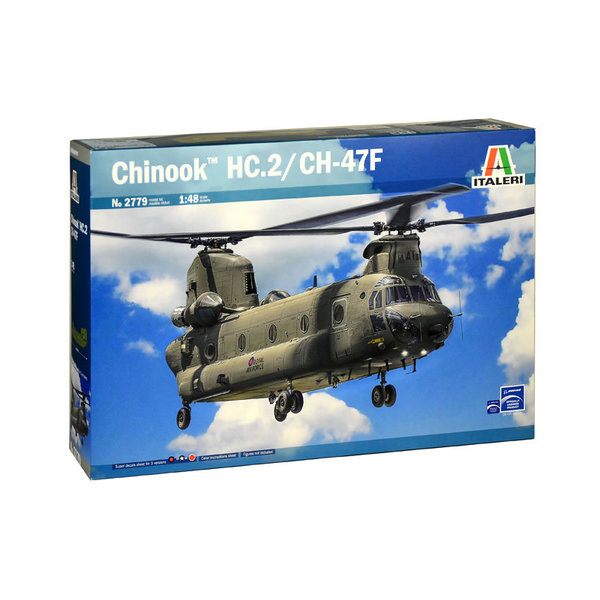 Italeri is the only manufacturer to issue the Chinook family of choppers in 1:48 scale. The mold was first issued in 2006 as the ACH-47A & has been re-issued several times since, each time with new parts and decals reflecting newer variants of the aircraft. It has also been issued once by Revell Germany as an HC Mk.I in RAF markings. This is the latest 2018 issue with parts updating it to HC.2/CH47F standard.Decals for three aircraft including a Japanese CH47J in full camo !

An outstanding kit & recommended to all 'rotorheads' out there !