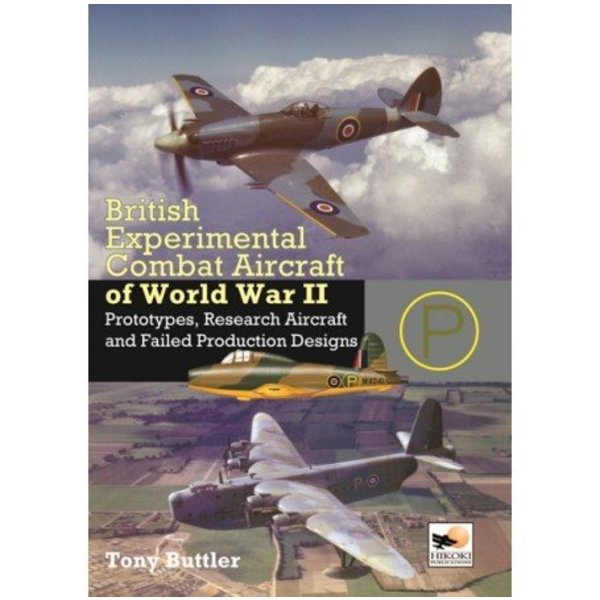 This new book by Tony Buttler, a first of its kind, describes the British fighter, bomber, and research aircraft produced in the run up to and during World War II.

Detailed coverage of aircraft that were built and flown as prototypes only, combine with others such as the Westland Welkin which entered production but never reached a squadron. Un-built design projects are explained and all types are covered separately, along with a large selection of photographs, some of which have rarely been seen before.

This book covers basic short-term insurance fighters such as the Miles M.20, the Martin-Baker M.B.5, and Supermarine Spitfire, which represented the ultimate in piston fighter development, the Fairey Spearfish torpedo bomber and the four engine Vickers Windsor, oddities like the Blackburn B.20 flying boat, and Britain's first jet aircraft, the Gloster E.28/39.

A comprehensive appendix, with the use of photographs and brief details, examines one-off examples of standard production types that were fitted with non-standard features.