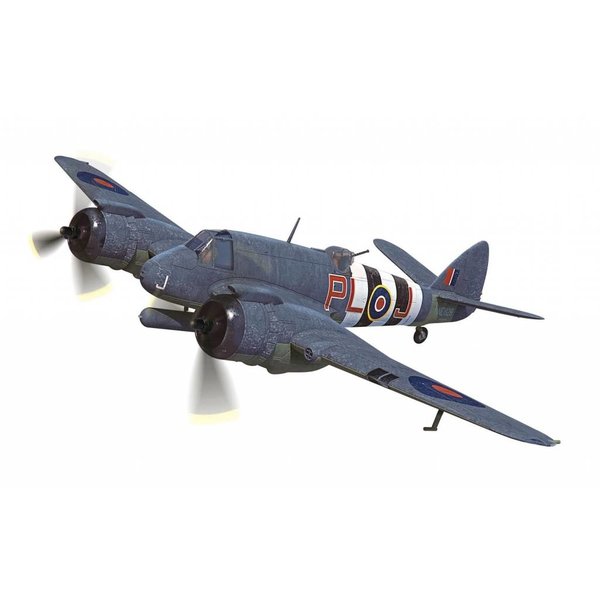 As one of the most capable twin engined aircraft of WWII, the Bristol Beaufighter was originally developed as a heavy fighter variant of the company’s Beaufort bomber, already in service with the Royal Air Force. The first examples were pressed into service as nightfighters and whilst the aircraft proved to be a significant improvement over existing types, there was more to come from the mighty beau. As the aircraft received successive upgrades to make it more powerful and capable of carrying a greater array of offensive weaponry, the Beaufighter became a successful multi-role aircraft, with a particular flair for mounting hard hitting anti-shipping strikes into the North Sea, preventing Axis shipping from moving supplies back to Germany. It was during one of these missions that Banff based Flying Officer Maurice Exton was awarded a DFC for outstanding flying skill and determination in the face of the enemy. Flying Beaufighter NE829 on 9th October 1944, Exton and his squadron attacked a large convoy of enemy vessels off the coast of Norway, but his aircraft was hit by heavy flak from the ships. Damaging the aircraft’s flight controls, causing it to almost flip onto its back, Exton wrestled with the Beaufighter’s control column, bringing it back straight and level, before immediately pressing home his attack. He then nursed the damaged aircraft back to Banff, where he managed to land safely. Inflicting heavy damage on the enemy convoy they attacked, this incident says as much about the determination of the airmen of Coastal Command as it does about the resilience of the Bristol Beaufighter.