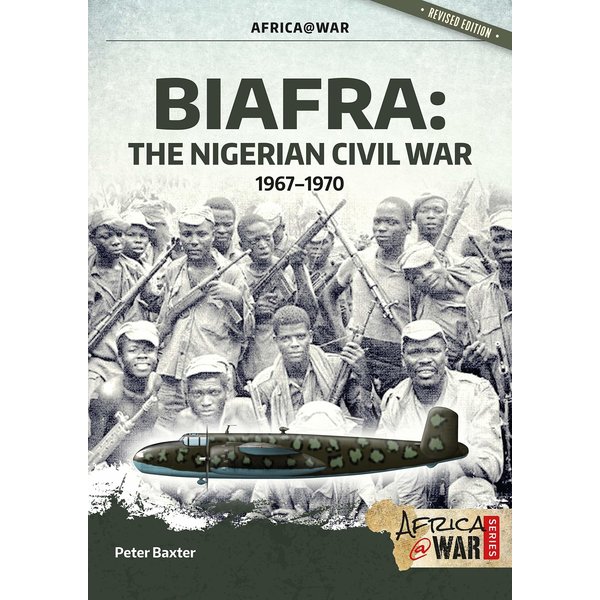 NOTE: This is a non-stock or special order item which means we will not restock it unless you place an order specifically. If this item is not available to order online, it is out of stock. We would be happy to order it in for you, or confirm availability of the item. Please contact us at [email protected] or call 416-674-5959.

Nigeria was a unique concept in the formation of modern Africa. It began life as a highly lucrative if climatically challenging holding of the Royal Niger Company, a British Chartered Company under the control of Victorian capitalist Sir George Taubman Goldie. It was handed over to indigenous rule in 1960 with the best of intentions and a profound hope on the part of the British Crown that it would become the poster child of successful political transition in Africa. It did not. One of the signature failures of imperial strategists at the turn of the 19th century was to take little if any account of the traditional demographics of the territories and societies that were subdivided, and often joined together, into spheres of foreign influence, later evolving into colonies, and finally into nation states. Many of the signature crises in post-colonial Africa have owed their origins to this very phenomenon: incompatible and mutually antagonistic tribal and ethnic groupings forced to cohabit within the indivisible precincts of political geography. Congo, Rwanda/Burundi, Sudan and many others have suffered ongoing attrition within their borders as historic enmities surge and boil in restless and ongoing violence. Such was the case with Nigeria in the post-independence period. The traditions and practices of the Islamic north and the Christian/Animist south, and even within the multiplicity of ethnic division in the south itself, proved to be impossible to reconcile. The result was an immediate centrifuge away from the centre, complicated by the vast infusion of oil revenues and the inevitable explosion of corruption that followed. All of this created the alchemy of civil war and genocide, which erupted into violence in 1967 as the eastern region of Nigeria attempted to secede. The war that followed shocked the conscience of the world, and revealed for the first time the true depth of incompatibility of the four partners in the Nigerian federation. This book traces the early history of Nigeria from inception to civil war, and the complex events that defined the conflict in Biafra, revealing how and why this awful event played out, and the scars that it has since left on the psyche of the disunited federation that has continued to exist in the aftermath.