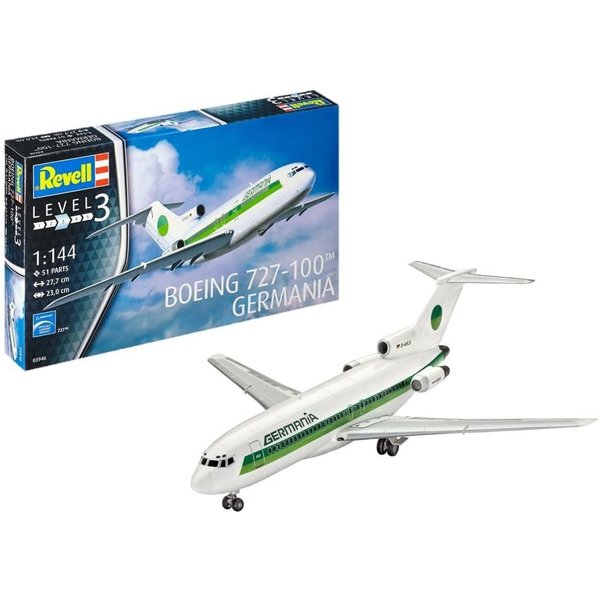 Decent but basic all plastic kit, first issued in 1964 & showing it's age; raised panel lines & rivets for detail. Critics will be outraged, everybody else will cope & build some nice models. You can produce a fine B727 from this kit -there are some very nice builds online for inspiration! Do not listen to the critics as they do not build anything themselves anyway!-moan,moan,moan....With some very basic modeling skills, this kit can be very much improved. We do not have a 1/144 scale modern tool B727 currently on the market. Beyond this kit, we have the Airfix & Minicraft kits [ both currently not in production ] which are not any better than Revell. The Airfix kit was issued in 1966 and is also very much a product of it's era. Minicraft began to issue their B727 family in 2004 but astonishingly,these apples did not fall too far from the Revell/Airfix tree. It is unlikely that we will see a truly modern tooling of this famous aircraft at this stage, but we remain hopeful.