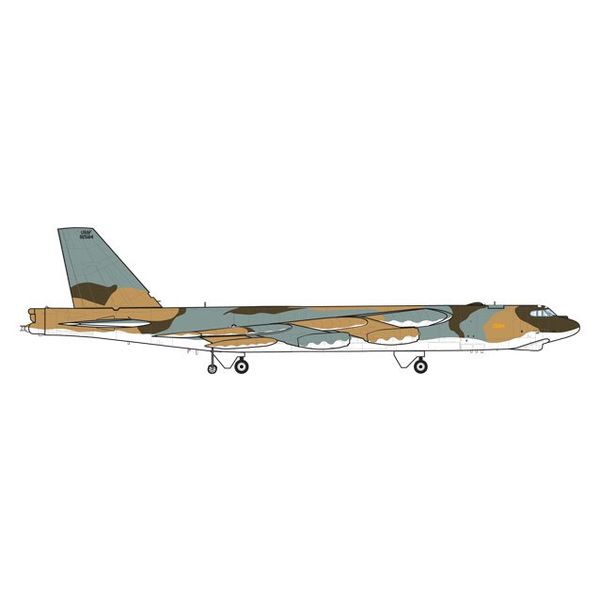 This B-52G, named "Midnight Express“, accumulated over 15,000 flight hours during her time of active duty. Following her retirement, the aircraft was transferred to the Museum of Flight at Paine Field in Everett, Washington, on a long-term loan where restoration was completed in the summer of 2018.

The range of aircraft model types, operators and scales from Herpa is vast and the quality is exceptional. All Herpa Wings models feature detailed printing of aircraft liveries and markings. The detailed shapes of the models have been produced according to drafts provided by the manufacturers. And, just like the manufacturers of the originals, Herpa is utilizing the latest technology and quality assurance for development and production. The model is made of diecast metal constructions with some small plastic detail parts. The airplane is approximately 9.5 inches long and has an 11 inch wingspan.