B17 Flying Fortress: In Action #219 Softcover by Squadron 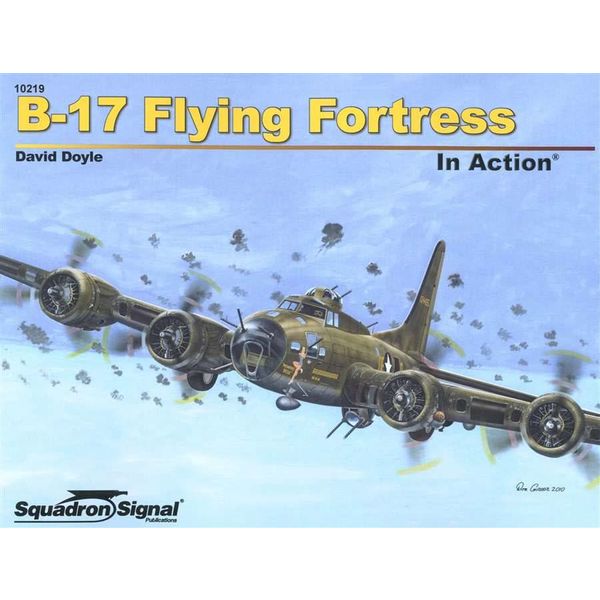 The B-17 Flying Fortress dropped more bombs than any other US aircraft in WWII and is arguably the iconic bomber of that epic conflict. Delivers a visual overview of the aircraft's development and use. During the 10 years in which it was produced, a total of 12,731 of the B-17 heavy bombers rolled off the assembly lines of Boeing, Douglas Aircraft, and Lockheed's subsidiary Vega. First flown in 1935, the aircraft was repeatedly modified, upgraded, and perfected in response to combat experience. Also highlights the roles played by individual aircraft and their crews, such as the 'Memphis Belle', which completed 25 missions over enemy territory; 'Stage Door Canteen', christened by Winston Churchill's daughter; and 'All American', which demonstrated the incredible toughness of the Flying Fortress by returning safely to base despite having its tail nearly sheared off by a Messerschmitt. An unmatched, lavishly illustrated account of one of the greatest warplanes of all time, a must have!