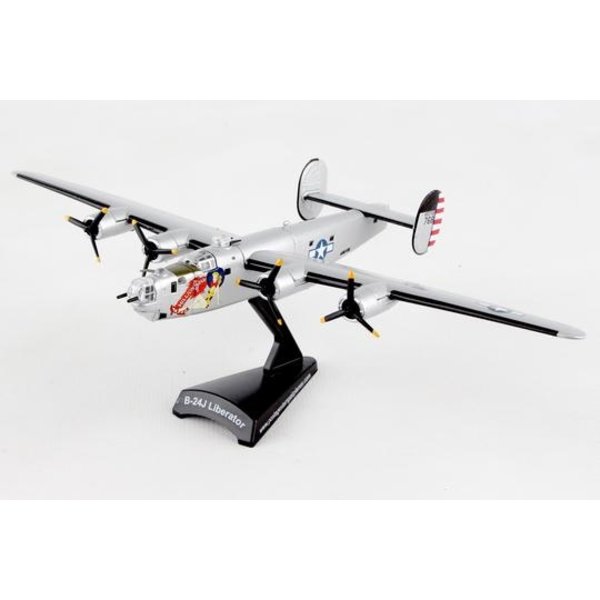 This Die-cast metal airplane model comes in 1:163 scale with plastic stand and is approximately 5 1/8 inches long with 8 1/4 inch wingspan. The Consolidated B-24 Liberator was long-range bomber and reconnaissance aircraft used extensively during World War II by every branch of the US Armed Forces and other US allies. Because of its range and speed, the B-24 was often used on anti-submarine patrols. Compared with the B-17 Flying Fortress, the B-24 has a higher top speed, longer range, and the ability to deliver a heavier payload. Due to its great success on all fronts during World War II, the B-24 was the most produced American military aircraft in history.