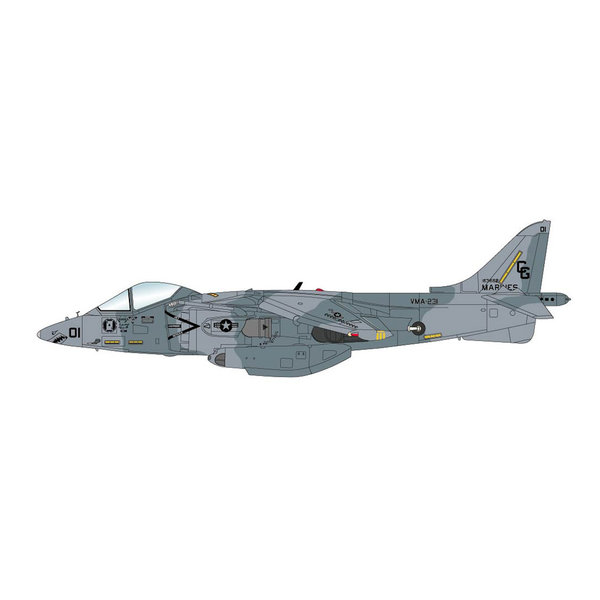 The first USMC Harrier II was the AV-8B, a daytime strike fighter. In 1984 development of the AV-
8B(NA) “Night Attack”  Harriet II began with the addition of a NAVFLIR (Navigation Forward-
Looking Infrared) camera in the nose along with night vision goggles. New MFDs (Multi Function
Displays) were added as well as an improved HUD, color CRT display and complete heads-down
capability. This version of the Harrier also received additional counter-measure dispensers and
Rolls-Royce Pegasus 11-61 (F402-RR-408) vectored-thrust turbofan engine.