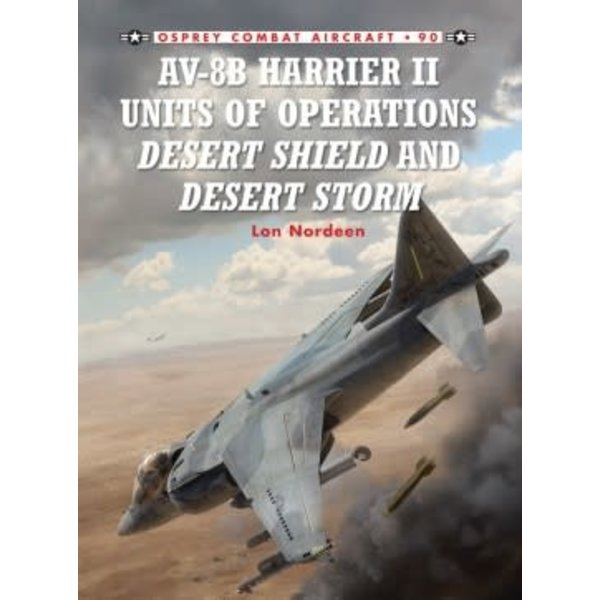 The AV-8B is the only tactical aircraft that can deploy with Marine forces on amphibious assault ships and provide air cover and close air support separate from large deck aircraft carriers. When Iraq invaded Kuwait in August 1990, a coalition of nations launched Operation Desert Shield in order to defend Saudi Arabia, and the Harrier II was among the first tactical air assets to be deployed to the region. During Operation Desert Storm, the five units flying the AV-8B in-theatre became some of the top tactical squadrons of choice by air mission planners because of the pilots' skill as well as the plane's vertical take-off ability. The previously untold story of the AV-8B in this conflict is vividly brought to life by the author through first-hand accounts and period photography sourced from those that were there and official archives. This will be the first of three volumes on USMC Harrier IIs in combat, with follow-on titles covering the jet's operations in Iraq in 2003-08 and Afghanistan in 2001-2009.