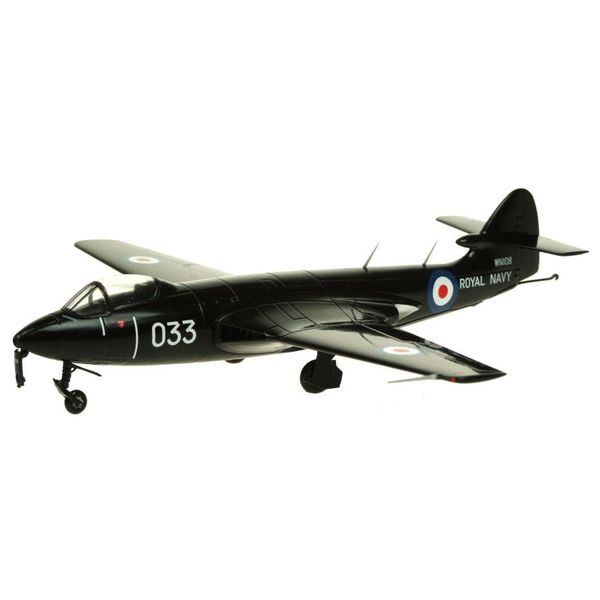 Aviation 72 is a quality line of 1:72 diecast models covering some very esoteric subjects.

A Cold War-era Naval fighter, the Hawker Sea Hawk was first introduced into the Royal Navy fleet in March of 1953. In British service, the aircraft featured heavily during the Suez Crisis in 1956 in which six Sea Hawk squadrons were used in the ground-attack role. Due to its ease of usage and reliability, it was also exported to numerous nations including the Netherlands and India (the last nation to utilize its services, retired in 1983).

This 1/72 scale, die cast model — a replica of the WN108 that served with the Royal Navy, and is now stored at the Ulster Aviation Society in Northern Ireland — features that aircraft's signature black paint scheme and Royal Navy markings, engraved panel lines, a glazed canopy, a well-equipped cockpit, fixed landing gear, a prototypical tail hook, and a mid-flight display stand. Measures approximately 6¾" with a 6½" wingspan.