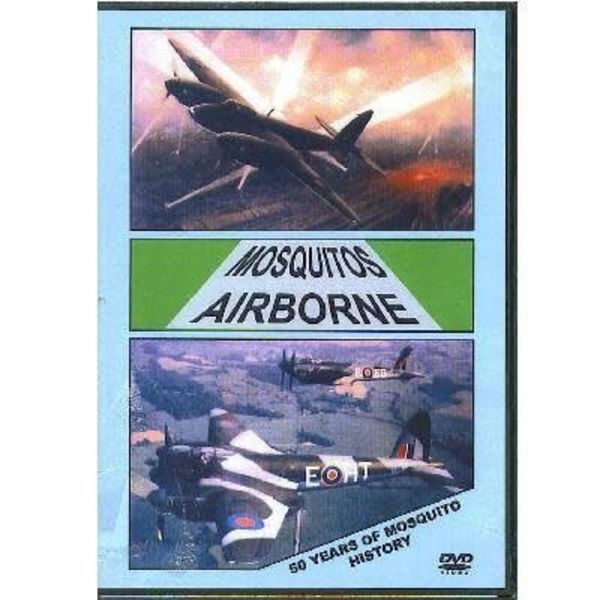 The legendary Mosquito almost failed to become airborne at all because of the Air Ministry's belief that the days of wooden aircraft were over. No modern warplane, its experts said, could be made in anything other than metal. But this extraordinary plane had a creator with an unshakeable belief in its potential. That man was Geoffrey de Havilland and he found a staunch ally in Air Marshall Sir Wilfred Freeman.

Group Captain John Cunningham CBE DSO DFC who recalls the scare when a German spy landed near the site where the first Mosquitos were being built in secret.Retired Engineer Geoffrey Cashmore telling how quite by chance, he witnessed the historic maiden flight in November 1940.Group Captain John Goodman DFC AFC explaining No. 627 Squadron's Pathfinder low level marking technique - first devised by Group Captain Leonard Cheshire VC DSO DFC.Brian E.B. Harris DFC introducing the colour film he shot on active service with No. 627 Squadron in August 1944.Walter J. Goldsmith founder of the Mosquito Aircraft Museum.Together they convinced the Ministry that to build this unique aircraft did not require aluminum. The prototype was built in secret in the early days of World War II, her test flights exceeded all expectations - and soon the nick name "Freeman's Folly" became "The Wooden Wonder".

Also includes: Salisbury Hall where the first Mosquito was designed and built in secret, rare film of daylight attacks including the Amiens Prison raid when 258 condemned Frenchmen escaped, the attack on Gestapo Headquarters; gun camera footage; interviews with the men who flew the Mosquito; and flying scenes of the last remaining Mosquitos. it includes Rare colour film taken on No. 627 Squadron at Woodhall Spain in 1944, as well as camera gun film shot by Polish Mosquito Squadrons, the Queen Mother's visit on the 25th Anniversary of the Mosquito Aircraft Museum and Kermit Weeks' Mosquito at the 1988 Hamilton International Airshow.