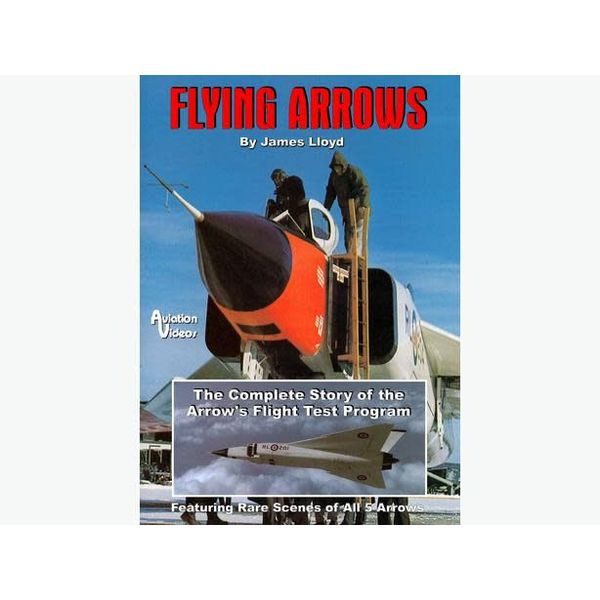 The Avro Arrow's first flight on March 25, 1958 was the culmination of six years of hard work by thousands of Avro employees. A year later those achievements would be in the final stage of destruction at the hand of the cutter's torch. But, for a short period of time the Arrow was the world's best and most advanced jet fighter. This is that story - The Avro Arrow's Flight Test Program, from start to finish.

The complete Flight Test Program is covered from engine testing, taxi trials, flight simulator, ejector seat development and testing through to the 11 months of actual flight testing of all five Arrows that were completed. "Flying Arrows" features scenes from most of the actual test flights as filmed by the Avro Photographic Department on the ground and in the air.

During the Flight Test Program only four test pilots would have the honour of flying the Arrow. Along with the Arrow their stories are also told. The video features many scenes that have never been seen before.

DVD Extra:
"SUPERSONIC SURVIVAL" A film about a special test track constructed in the Utah desert for the testing of ejector seats at supersonic speeds. Included are scenes from the Arrow's ejector seat testing at the track.