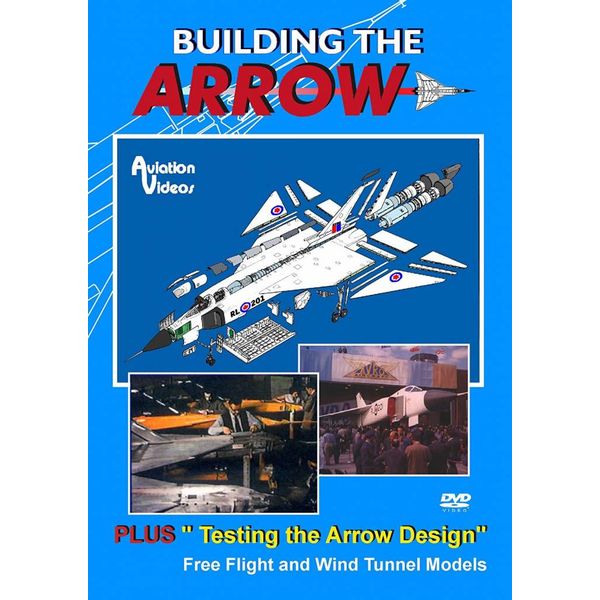 BUILDING THE ARROW (DVD includes Testing the Arrow Design) See in detail how the CF-105 Arrow was built as it moved down the assembly line. Produced from original Avro Aircraft colour film footage, coverage includes the design, construction of wooden & metal mock-ups, construction of major components and their assembly into a complete Arrow.