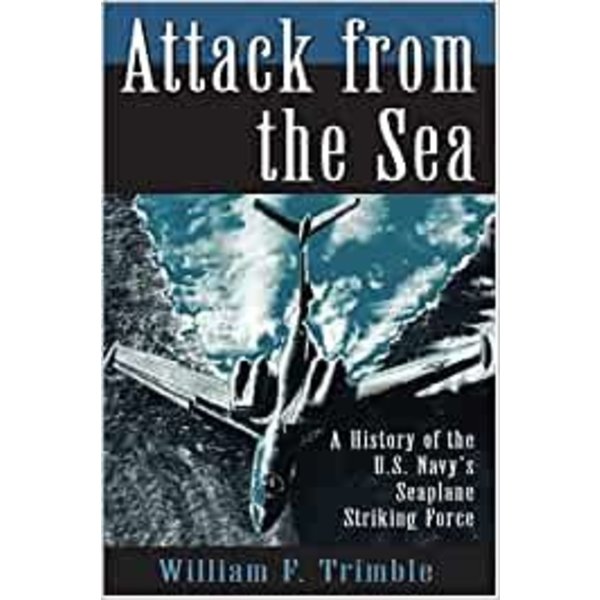 Attack from the Sea: A History of the U.S. Navy's Seaplane Striking Force hardcover

An award-winning aviation historian chronicles the Navy's efforts to develop a powerful sea-based strike force through the use of long-range attack seaplanes supported by surface ships and submarines. William Trimble traces the concept back to the early 1930s when American strategic planners sought ways to mount an assault across the Pacific with minimum air support. But it was not until 1950, when the Navy was threatened with losing its big carriers and long-range aircraft, that the idea of a Seaplane Striking Force was resurrected. Lured by breakthroughs in seaplane performance and the promise of the turbojet-powered Convair Sea Dart fighter and the Martin Sea Master attack flying boat, the Navy believed it could challenge the Air Force in the strategic role, the author explains, but found that the technology did not live up to expectations.

This book investigates the difficulties of weapon system procurement within the context of strategic realities, interservice rivalry, and constrained defense budgets. It also looks at an alternative weapon system that the Navy saw as a means of extending its conventional reach and as a complement to the carrier and land-based bomber used for nuclear deterrence. That weapon, however, proved unsuccessful in the end. The author helps the reader understand that while conceptual and operational flaws kept the Seaplane Striking Force from achieving the goals set for it, the idea of a mobile weapon system capable of long-range attacks from the sea remains valid. Other books touch briefly on the subject, but this is the first to examine the concept in depth.