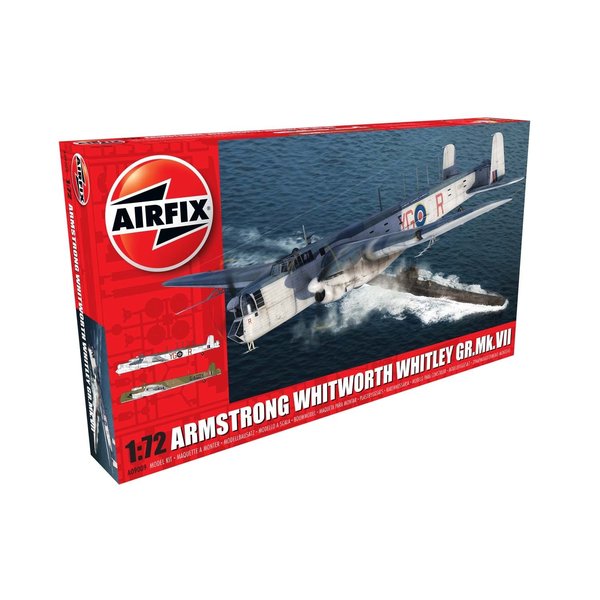 Perhaps not the most famous RAF aircraft of WWII, the Whitley was one of three British medium bombers in service at the outbreak of the Second World War and although it was withdrawn from front line bombing duties following the introduction of heavier, four-engined bombers, it was to see service right through to the end of the war.

Outstanding plastic kit of an unjustly neglected aircraft. This issue includes antennas for the reconnaissance versions, plus covers & fairings to blank off the armaments to make civilian variants, such as operated by BOAC DURING THE WAR ! Highly recommended !

I recently sold a Whitley MkV kit to a family who had lost a relative in a MkV during the war, KIA. It drove home the fact that the Whitley is not quite, yet, fully forgotten.There are still those out there who remember the sacrifices made by the crews who flew these birds on active service more than 75 years ago.