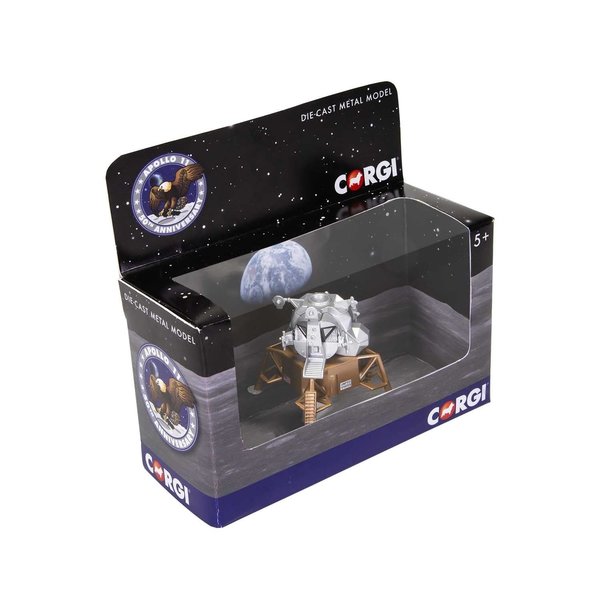 Corgi Showcase is a series of top quality die-cast model aircraft suitable for children aged three and over. Each model comes with a display stand and all classic aircraft have a moving propeller. This series is ideal for the young aviation fan and offers a wide range of models to collect including biplanes, fighters, bombers and modern jets.

Known as LM, the Lunar Excursion Model, LEM, Eagle and even Haystack in internal and external communications during early mission planning. The Lunar Module landed on the Moon’s surface at 20:47 UTC (Coordinated Universal Time) on the 20th July 1969, with the crew stepping onto the surface around six hours later on the 21st. The module stood at 7.04m high and was 9.4m wide. The LM was incapable of flying through the Earth’s atmosphere and was discarded in space after use, quite remarkable at a cost of 21.3 billion dollars! However, it still holds the record for being the first and only crewed vehicle to land anywhere other than Earth. Amazingly, a humble biro pen came to the aid of Buzz Aldrin and Neil Armstrong when a circuit breaker was damaged by the team. By jamming a biro in the circuit breakers hole the module managed to complete the Lunar Ascent!