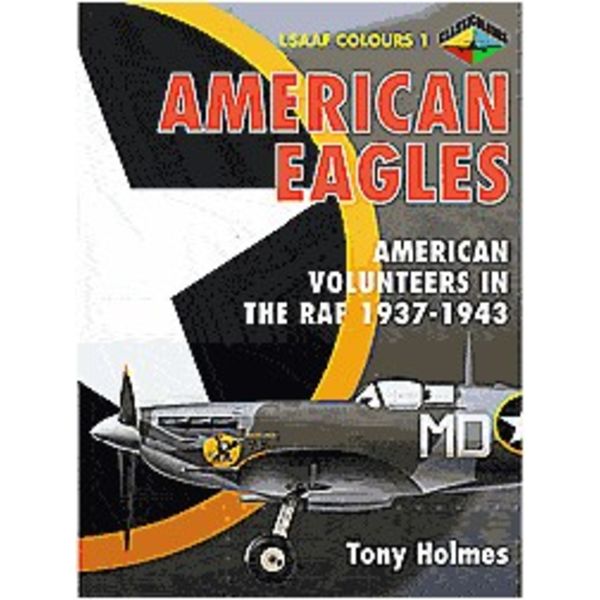 A series which examines the history of the pilots, units and aircraft that formed the US Eighth Air Force's VIII Fighter Command in Europe. Tony Holmes' 'American Volunteer Fighter Pilots in the RAF 1937-43' details the exploits of the American volunteer pilots in RAF Fighter Command, and the Eagle Squadrons which followed.

Each large format, softback features hundreds of black and white photographs detailing aircraft, as well as an analysis of camouflage and markings accompanied by beautiful full color aircraft profiles and first-hand accounts from the pilots who were there.

AMERICAN EAGLES forms a comprehensive pictorial encyclopaedia of the aircraft and markings of the American Volunteer Fighter Pilots who served in the RAF and the US Eighth Air Force's VIII Fighter Command in Europe.