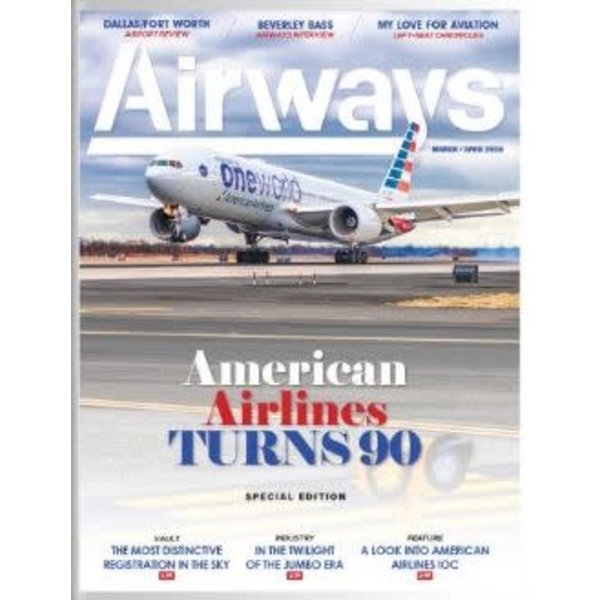 One of the Big Three United States airlines turns 90. DAVID H. STRINGER flies back in time to explore the origins of AA until the dawn of the jet age.

We speak to American Airlines’ first female Captain, whose remarkable diversion on 9/11 became grist for a Broadway hit.

A Look Into American Airlines IOC

What goes on behind the scenes at American Airlines? ANDY EGLOFF takes a look at the airline’s Integrated Operations Center at Dallas/Fort Worth.

DANIEL SANDER takes us along as he flies on Air Transat’s Airbus wide-bodies on a round trip from Glasgow to Toronto.

Everything’s bigger in Texas! DFW is no exception. What’s next for one of the largest hubs for American Airlines?

N747PA: The Most Distinctive Aircraft Registration in the Sky

From the Airways archives: VALERIE LESTER and WALTER SCHOENDORF tell us the story of the second Boeing 747 built—a plane that soon became the flagship and pride of the Pan Am fleet.