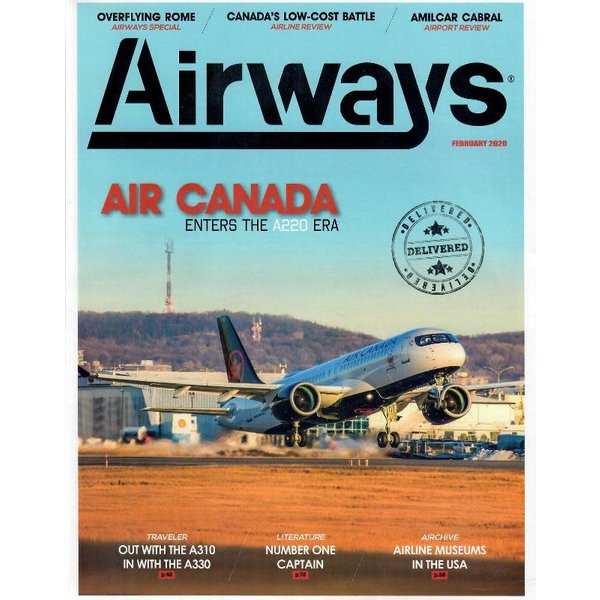 Flying the flag! The Canadian-built Airbus A220 is now joining the Air Canada fleet. Once a troubled program at the verge of collapse, the A220 (former CSeries) has now come to stay (with a ‘little help’ from Airbus).

A storm is brewing in Canada as new low-cost carriers mount a challenge to the Air Canada/WestJet duopolio. KEN DONOHUE reports.

An island airport formerly used as a stopover for transatlantic flights is repositioning itself with the help of Cabo Verde Airlines. MATTEO LEGNANI explains.

Air Canada Welcomes the Airbus A220

The flag carrier of Canada is reshaping its short-to-medium haul fleet as it introduces the Airbus A220-300. ENRIQUE PERRELLA shows what the jetliner has to offer.

DANIEL SANDER takes us along as he flies on Air Transat’s Airbus wide-bodies on a round trip from Glasgow to Toronto.

Airline Museums in the USA

DAVID H. STRINGER puts together the ultimate list of Airline Museums in the United States—a must read (and visit) for all avgeeks at heart.

RAND PECK shares his personal experiences of flying to Hawaii onboard the Boeing 757-300.