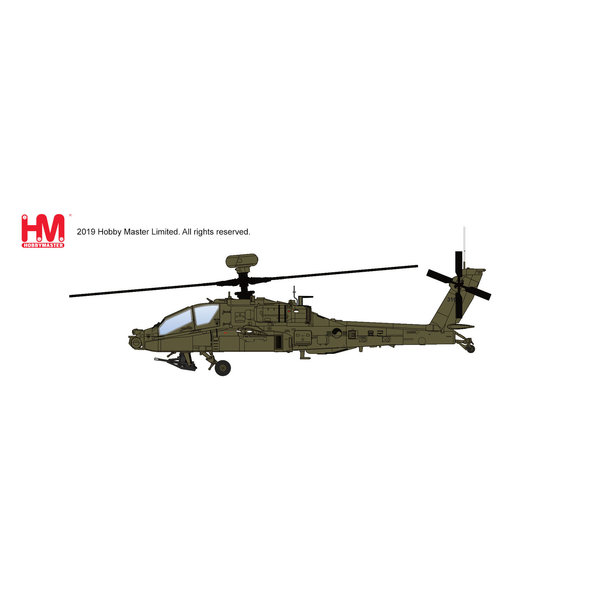 The South Korean Army bought thirty six Boeing AH-64E helicopters that included six that were equipped with the Longbow fire control radar. The Longbow provides the ability to detect up to one hundred and twenty eight targets at the same time at distances up to twelve kilometers. The ROK Army equipped two battalions with the new AH-64Es. The AH-64E is meant to replace the ninety ageing ROKA Bell AH-1S Cobra attack helicopter that began service in 1977. The ROK Marines have opted for the KAI (Korea Aerospace Industries) Surion.

Hobby Master is a Hong Kong based manufacturer producing high quality collectible diecast models. Hobbymaster produces mostly military diecast aircraft models in 1:72, 1:48, 1:144 and 1:32 scales. The company also produces vintage airliner types, some in military liveries in 1:200 scale. It's products are perhaps the most popular military diecast models in the world, and their high quality is award winning. Most models come with their own stand, and many come with additional external weapons, fuel tanks, and pilot figures.