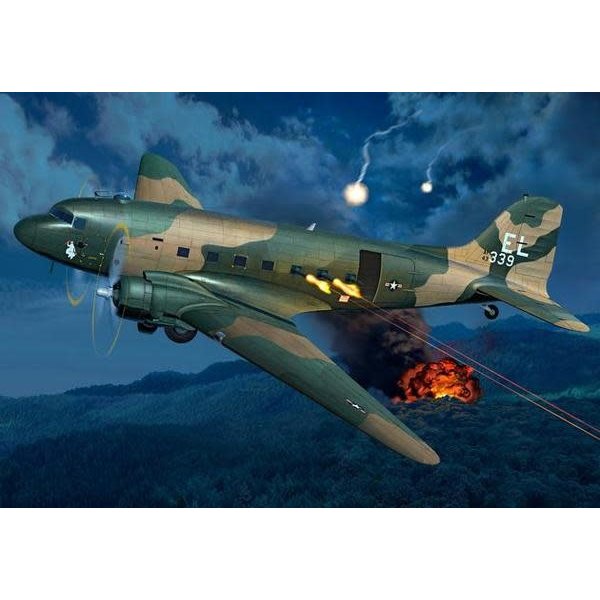 The C-47 is one of the most legendary aircraft in the history of aviation. The DC-3 appeared in 1935 as a further development of the DC-2. The C-47 freighter version emerged later. During the Vietnam War specially rebuilt C-47's entered service as attack gunships from 1964 onwards. Now known as the AC-47D and nicknamed Puff the Magic Dragon these aircraft were used to deliver concentrated fire support for beleaguered outpost and camps. Within a very short period of time the AC-47D became one of the most feared weapons in the Vietnam War. Together the three mini-guns were capable of delivering a devastating 18,000 rounds per minute. There have been numerous reports about deployments of the AC-47D showing that hard fought over locations were relieved by continued aerial actions of the AC-47D. Codenamed Spooky the AC-47D remained in USAF service until 1969.