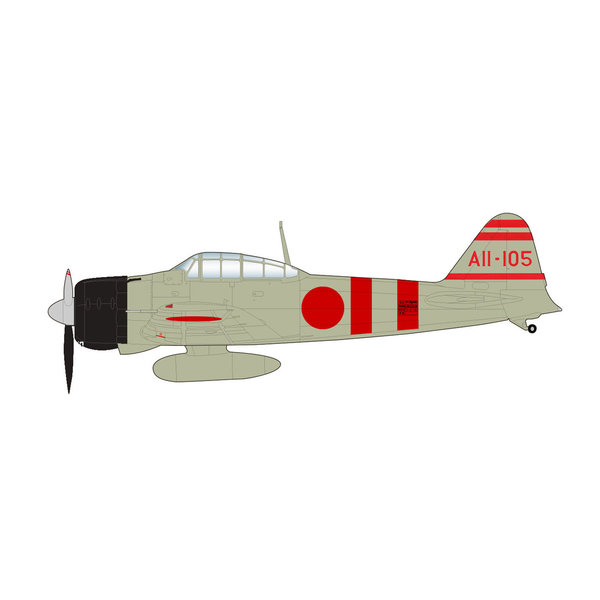 The A6M entered service in 1940 and became known as the Zero because of the Japanese designation of Type 0 Carrier Fighter. The Zero technology was years ahead of any other fighter and had no problem clearing the skies of opposing aircraft. There were numerous variants of the Zero including the folding wing A6M2 Model 21 designed for carrier operations. The A6M2 was the most produced Japanese aircraft of WWII. As the war went on the Model 21 would be the Zero variant that most Allied pilots would encounter.

On December 7, 1941 Yoshio Shiga was flying Zero AII-105 and led nine aircraft from the carrier Kaga’s fighter divisions. Along with aircraft from Soryu and Hiryu, Shiga’s aircraft were assigned  the task of eliminating aircraft based at Barbers Point Airfield. The Japanese claimed 60 aircraft destroyed with Shiga’s division claiming 15 of them. The U.S. claimed there were 47 various types of which only 33 were operational. In April 1942 Shiga took command of aircraft carrier Jun’yo’s fighter group. Shiga had 6 victories in WWII.