A1 Skyraider: In Action #246 Softcover by Squadron 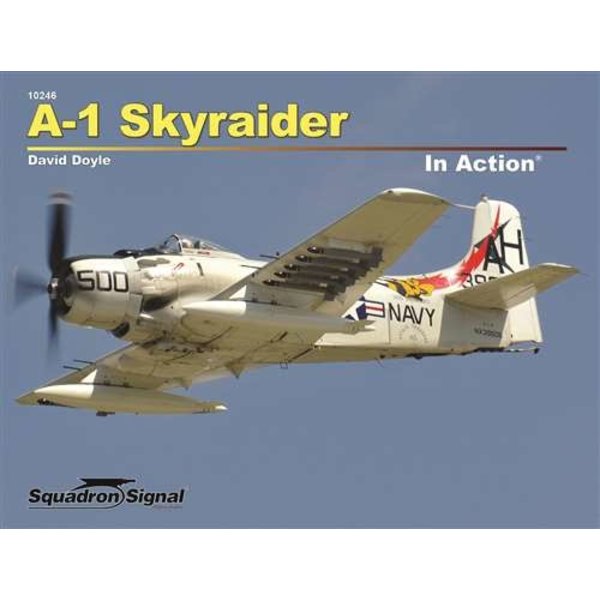 Originally designated AD and later A-1, the 1944-designed Skyraider was conceived and bought by the U.S. Navy as a carrier-borne attack aircraft, and saw combat as such in Korea and Vietnam. During the latter of those conflicts, the U.S. Air Force obtained and used Navy-surplus Skyraiders, as did the South Vietnamese air force. Other nations continued to fly the venerable Skyraider into the 1980s. Known alternately as the “flying dump truck,” a testament to its payload capacity; and “SPAD,” an homage to its massive radial engine and anachronistic propeller in an age of jet aircraft, the rugged Skyraider endeared itself to both air and ground crews. Retrace the history of the famous Douglas Skyraider through this all-new 80-page book,