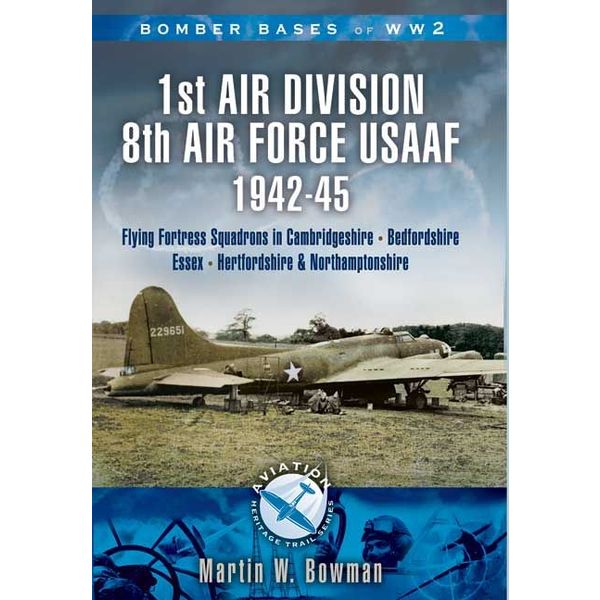 As part of the AHT series, the airfields and interest in this book are concentrated in a particular area - in this case Cambridgeshire, Bedfordshire and Northamptonshire. Constituted as the lst Bombardment Division on 30 August 1943 the unit was activated at Brampton Grange, Huntingdon on 13 September 1943. It was assigned to the Eighth Air Force and redesignated lst Air Division in December 1944. The division served in combat in the European theater of Operations from September 1943 until April 1945. All squadrons within the division flew the long-distance Boeing B-17 Flying Fortress heavy bomber on raids into occupied Europe and Germany. There were forty-eight squadrons in the division based at Bassingbourn, Ridgewell, Nuthamstead, Podington, Chelveston, Thurleigh, Molesworth, Kimbolten, Grafton Underwood, Polebrook, Deenethorpe and Glatton.